What are the benefits of high-CBD cannabis strains? 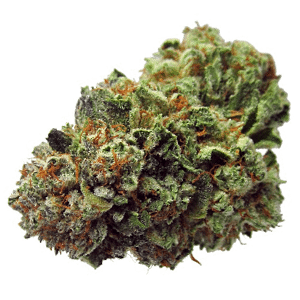 In recent years, researchers have determined that CBD actually modulates and, to some extent, counteracts the effects of THC.

If that’s a fact, then why would someone want to smoke, vape, or cook marijuana strains that are higher in CBD? We’ll tell you why.

The term “CBD” is being bandied about so much these days, you’d think it was a sitcom catchphrase. In the 90’s when the substance first began to be covered by the mainstream news media it was touted as, “the medicinal compound in marijuana that doesn’t get you high.”

But why would you want more CBD in your weed if the stuff counteracts the intoxicating effects? As it turns out, there are a number of very interesting reasons why you might want to look into high-CBD strains of marijuana — especially if you’re a “chronic” smoker.

First, let’s clarify the difference between THC and CBD, and then we’ll get into why you might prefer to smoke, vape, or cook with high-CBD bud.

What’s the difference between CBD vs THC?

Delta-9 tetrahydrocannabinol, aka THC, and cannabidiol, aka CBD, are just two of the scores of molecular compounds that fall into the category of cannabinoids. To be accurate, there are endocannabinoids that are created by our own bodies and phytocannabinoids which are produced in plants, especially cannabis.

To be even more accurate, raw cannabis plants produce a non-psychotropic form of THC known as THC acid, or THCa, rather than THC. Actually, THCa converts to THC when smoked, vaped, or sufficiently cooked. And the same holds true for CBD. The plant actually produces high levels of CBDa, which converts into CBD when exposed to heat and oxygen.

While the physiological mechanisms responsible for the intoxicating effects produced by introducing phytocannabinoids into the system are still somewhat mysterious, researchers seem confident in the fact that the high produced by THC is the result of THC binding to CB1 receptors in the brain. In contrast, CBD blocks or modulates CB1 receptors.

Both THC and CBD also interact with other types of receptors in the brain. This interaction of cannabinoids, especially CBD, with certain receptors has the effect of modulating signaling chemicals responsible for anxiety, mood, wakefulness, appetite, and so on.

The end result of this interplay between THC and CBD and their effects is that the more CBD in the mix, the harder it is for THC to bind with CB1 receptors, which in turn means that, among other effects, the psychotropic effects are reduced.

Furthermore, the CBDs effects on other types of receptors modulate some of the unwanted side effects of marijuana such as increased anxiety.

So, if CBD counteracts THC, why in the name of Maryjane would you want a high level of CBD in your buds? Well, the answer to that is, “it depends.” If you just want to get as high af, then maybe you might not want CBD in your bud. But wait, there’s more.

While we’re not going to get into the details of how this all works here, we are going to let you in on some of the bad things that can happen when you bombard your body with high levels of THC, especially on a consistent day-to-day basis.

Brain damage – As much as tokers love to deny it, smoking weed does harm brain cells. This is evidenced by its long-term effects on important things like memory and motor skills. Ever try taking a difficult test when high as a kite? You know.

Diminished brain function – Brain imaging studies have shown that THC use causes increased blood flow to the prefrontal cortex region of the brain — the region of the brain responsible for decision-making, attention, and motor skills. This increase of blood flow is not likely to be the result of THC, but the result of the brain working to overcome the diminished function caused by THC. In some studies, participants who smoked cannabis with higher levels of CBD exhibited better memory recall than those who consumed lower doses of CBD. And a 2013 study found that taking CBD prior to THC reduced episodic memory impairment.

Changes in appetite – Some people experience “the munchies” when they smoke pot, others lose their appetite. Both of these states can result in unhealthy eating habits.

Changes in energy level – While some people will tell you that it’s the CBD in pot that turns its users into couch potatoes, that’s not entirely true. THC can have that effect on some users. Furthermore, various terpenes, the chemicals that give cannabis its distinctive aromas, can also increase or reduce energy levels.

So, smoking, vaping, and eating high-THC weed has its ups and downs. But where does CBD fit into the picture? What are some of the benefits of enjoying a little CBD with your THC?

CBD helps to balance bodily systems such as appetite, wakefulness, and energy levels. CBD has the effect of encouraging what is known as homeostasis, or a balanced state of health. For an example of the homeostasis process, when we’re in danger our brain ramps up anxiety, heightens awareness, and causes a rapid heart rate. When the danger passes, it reduces anxiety and heartrate and instills feelings of safety. Also, when we’re low on nutrients, feelings of hunger are triggered, and when we’re full they subside. And when we’re in need of rest our brain begins to shut down making us feel sleepy, and when we’re well-rested it returns us to wakefulness. The introduction of CBD into the system helps to modulate these processes when they get unbalanced out of control as can happen when consuming THC.

CBD helps to prevent nerve/brain cell damage – Clinical studies and surveys suggest that THC might help to protect nerve cells not only from damage caused by THC but also from conditions such as Alzheimer’s disease. It’s not exactly clear why adding CBD into the cannabinoid mix protects brain cells from damage, but the fact that it blocks CB1 preventing the binding of THC to cannabinoid receptors is a prime suspect.

CBD reduces inflammation – Smoking can cause inflammation and has been shown to contribute to chronic bronchitis. CBD is famous for its anti-inflammatory effects. It can counteract some of the inflammation-causing effects of smoking.

CBD reduces anxiety and paranoia – CBD reduces paranoia in at least two ways. Firstly, it modulates the effects of THC to prevent paranoia, and secondly, CBD on its own has been shown to possess powerful anti-anxiety and mood-boosting effects.

This is just a partial list of the benefits of smoking, vaping, or cooking high-CBD marijuana. The topic could fill a medical journal. There are links below for those who wish to do a deeper dive into this topic.

In the end, if you’re using marijuana for medical reasons, it’s not the high that matters, it’s the relief that the drug provides. And pot containing CBD is likely to provide greater relief than THC alone for more ailments.

And if you’re using pot recreationally, it’s not really how high you get that matters, it’s how great you feel. What’s the point of getting high as a kite if it makes you feel paranoid or saps your energy? High-CBD pot can provide just as enjoyable a buzz if not more enjoyable than bud containing THC alone.

We’re willing to bet that switching to strains with a higher concentration of CBD will not only improve the effectiveness of medical marijuana, it will also enhance feelings of euphoria produced by recreational consumption by taking away some of the edge and reduce paranoia. And that’s just the benefits you’ll notice immediately. You’ll also appreciate the long-term benefits such as protecting brain cells and reducing stress and anxiety.

What are some high CBD marijuana strains?

Most marijuana dispensaries, especially those focused on medical marijuana, have a good idea of which strains are higher in CBD. A well-trained budtender can be a wealth of information on this topic. Also, oftentimes, the levels THC and CBD are listed on the product itself.

Furthermore, some of these strains have very little THC, but might be handy to keep around for those times when you want to maintain some level of focus. They can be consumed alone or mixed into your high-THC strains in various ratios to produce the effects you desire.

ACDC – For those who find that smoking pot makes them feel paranoid, ACDC might be the perfect strain as it is known to provide feelings of euphoria without the edgy side effects.

Ringo’s Gift – According to Leafly, “Ringo’s Gift imbues the consumer with a sense of wellbeing alongside steady relief in the body.” This strain is often used to reduce pain and stress and is another good strain to keep handy if you get a little too stoned.

Charlotte’s Web – One of the more famous medical strains, Charlotte’s Web provides a good mix of THC and CBD and is often used for treating epilepsy, pain, anxiety, and inflammation.

Suzy Q – This CBD-dominant strain is another that has low levels of THC and little to no buzz. It’s been said that Suzy Q is a good strain to have around if you go a little too far with high THC strain. Feeling anxious, call on Suzy Q to bring you down.

Dancehall – Although its 20:1 ratio of CBD to THC means you’re not going to get stoned, Leafly says, Dancehall is “an upbeat and inspiring strain meant to lift your spirits while coercing creativity.”

Dance World – This strain offers a well-balanced ratio of CBD to THC. Often used to treat chronic pain, depression, and lack of appetite, this strain provides a mild high.

Nordle – Another strain offering a balanced of THC and CBD, Nordle is another strain that’s great for treating pain, insomnia, muscle spasms, and anxiety while providing a softer buzz.

There are plenty more strains to choose from that offer a good balance of CBD to THC. Again, the easiest way to find a strain that’s right for you is to talk to your local budtender.

Buying pot on the street pretty much guarantees you’ll get low levels of CBD as most strains sold by your local dealer are developed specifically to produce the most intoxication.

By purchasing your bud from a licensed dispensary, you not only have more strains to choose from and more control over effects, but you also avoid toxins such as pesticides and mold, while helping to protect the environment. Most black-market growers care more about making money than about protecting the environment and your health.