The Danger of Vaping 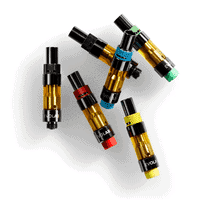 When purchasing vape cartridges and pens, people who enjoy vaping aren’t usually concerned about crazy situations such as their face getting blown off or their lungs filling with fluid. But, maybe they should be.

It’s not just a pipe dream — or should we say nightmare. Vaping is sickening and even killing people — not a lot of people, but enough to cause serious concern among state and federal health officials who are now asking emergency rooms to ask lung patients if they had been vaping before the incident and to report back to the agency.

There have now been 10 deaths related to vaping in the United States and over 1000 cases of severe lung illness associated with vaping reported in 14 states from June 28, 2019, to October 4th, 2019.”

What are the symptoms of vape poisoning?

The symptoms being reported include:

In some cases, rather than heading directly to the emergency room, patients have gone to see their primary physician or an urgent care clinic. Up until now, many of these patients were misdiagnosed with pneumonia and prescribed antibiotics. They ended up in the emergency room anyway as their condition worsened. Tests on these patients found no bacterial invaders.

In most cases, mystery vape disease patients must be put on respirators. And in the worst cases, patients have had tubes inserted into their windpipes to force oxygen into their lungs. Without these measures, say doctors, these patients might not have survived. Recovery from these cases usually takes weeks and requires powerful steroids to keep inflammation down and keep airways open.

One of the more maddening aspects of this problem is that smoking cannabis has not been associated with long-term lung damage. Many states with medical marijuana programs opted to ban smokables and only allow oils including vape oils. This is a symptom of reefer madness in politicians, plain and simple. In their mind “good people don’t smoke cannabis,” as former U.S. Attorney General Jeff Sessions once stated. They think they are protecting people from themselves, but they might actually be doing more harm than good.

That being said, so far, as far as we know, none of these incidences of lung disease have been attributed to products purchased legally from a licensed dispensary. In all cases, the offending vape was purchased “on the street,” so to speak. These black market products, although they may look like the real thing, are likely to be counterfeits. Here’s the problem with that:

While government regulations require products sold by licensed dispensaries’ to be lab-tested, black-market producers have zero incentive to test their products. And in many cases, they might even be aware that potentially toxic substances are being added to their products and they just don’t care.

According to Leafly, these are some of the contaminants and toxins for which legal cannabis products are tested:

Certain common FDA approved additives, such as propylene glycol (sometimes listed in ingredients as PG) and polypropylene glycol (sometimes listed as PPG) have been shown to exacerbate lung issues such as asthma when vaped. Nonetheless, vape makers are still using these additives. However, there seems to be a trend of legit cannabis operations recognizing the dangers associated with these chemicals and stopping this practice.

As if the life-threatening lung issues aren’t enough, there’s also the issue with exploding vape batteries. When we say “vape battery explosion” we’re not talking about the rising popularity of vape pens. We’re talking about vape pens that are literally exploding and causing severe injuries and even death. In our research, we found at least two cases where vape battery has blown up in someone’s face and killed them dead. And there are many more cases of serious injury.

How to avoid life-threatening lung and face damage

Health officials haven’t yet determined the cause of lung problems. They suspect chemical additives are the cause. One of the leading suspects is an artificial flavoring known as diacetyl which has been linked to “severe respiratory illness.”

A number of public health agencies are working diligently to determine the ingredients in the offending products as well as which of them is causing severe lung damage and why. But these things take time.

“There are dots everywhere,” said one health official, and it’s only a matter of time before they are connected.

In the meantime, how does one avoid destroying their lungs or face while vaping?

Here are a few suggestions:

If you can’t buy from a legal dispensary, and you don’t know how to tell if a product uses PGs as thinners, maybe your best bet is to not vape at all and go back to tried and true cannabis consumption methods. As we alluded to earlier, there is no evidence that smoking marijuana causes long-term lung damage (although it can contribute to bronchitis, especially if you’re constantly doing resin hits off your pipe). But now there seems to be plenty of circumstantial evidence to conclude that vaping, unlike smoking, can not only be hazardous to your health, but life-threatening.