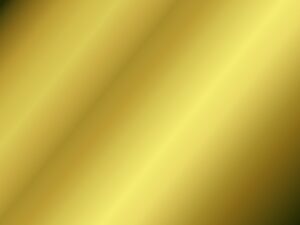 After gathering testimonials from the public sector on the proposed recreational marijuana rules, The NJCRC (New Jersey Cannabis Regulatory Commission) has officially approved the initial rules that will set up the state’s cannabis retail market. The announcement comes almost a year after voters passed a referendum to legalize marijuana.

Industry stakeholders have been advising the Commission to enact policies that won’t overburden fledgling businesses. Meanwhile, cannabis advocates have been pushing for inclusivity and equity.

Cultivator licenses will be capped at 37 until February 22, 2023. No other license types have caps.

Those with prior marijuana convictions will not be disqualified from obtaining a cannabis business license.

The new regulations don’t address expungements for individuals with prior cannabis convictions. This issue is being dealt with in separate decriminalization legislation.

However, back in February, New Jersey’s attorney general instructed prosecutors to drop cases for cannabis-related offenses shortly after the governor signed the implementation bill into law. He also issued guidance to law enforcement officials in regard to the proper procedure under the updated laws.

July 1, 2021, the New Jersey judiciary announced that it had successfully vacated or dismissed nearly 88,000 marijuana cases when the decriminalization law took effect. These cases are the first of approximately 360,000 marijuana convictions eligible for expungement and dismissal.

What do advocates think of New Jersey’s new RMJ rules?

At present, New Jersey cannabis advocates seem to be in favor of the proposed policies that align with their “Baseline Cannabis Plan” goals. This document was released on Wednesday by the ACLU.

The chapter’s policy director Sarah Fajardo made the following statement in a press release “Legalization was only the first step in undoing the harms and disparities of marijuana enforcement, and it can only succeed if we maintain our focus on equity and racial justice through the process of regulation and beyond.”

National board member for NORML, Evan Nison has been instrumental in the advancement of cannabis legalization in New Jersey. He is extremely pleased with the outcome and thinks the regulations “are a great start for the cannabis industry here in New Jersey.” However, he firmly believes that there’s still more that needs to be worked out, such as access to capital for equity participants and permitting on-site consumption lounges. “These rules rightly prioritize equity, safety, and fairness like we were hoping for.”

Some advocates expressed disappointment, as they hoped that the governor-endorsed bill would allow personal-use cultivation for adults.

Additionally, advocates questioned the decision by regulators to allow individual jurisdictions to prohibit the opening of cannabis businesses. The regulators responded by stating that they cannot act independently and are bound by legislation.

The proposed regulations are not set in stone and may be amended in the future. Regulators must pick a date for sales to launch within 180 days of the effective date.