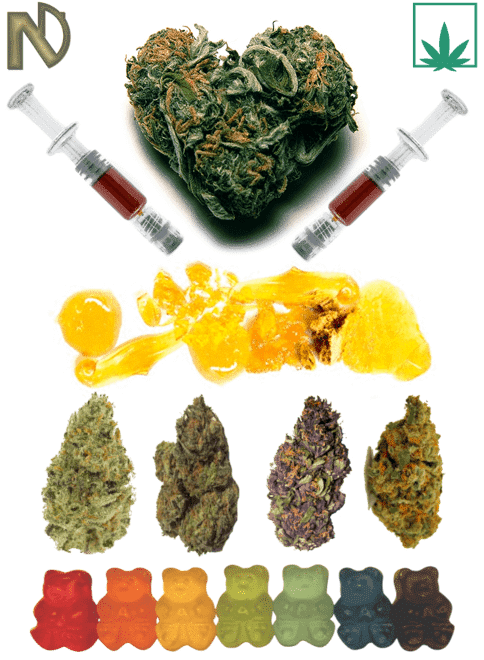 There are currently no medical or recreational dispensaries in Mississippi open for business.

Although possession of small amounts was decriminalized in 1978 the cultivation and sale of marijuana remains illegal in Mississippi. However, lawmakers are working to implement a Mississippi medical marijuana voter-backed initiative passed on Nov. 3, 2020.

In April 2014, HB1231, “Harper Grace’s Act”, was passed authorizing three research centers to produce high-CBD extracts containing a minimum of 15 percent CBD but not more than 0.5 percent THC. “Harper Grace’s Law” was more restrictive than any other medical cannabis program in the U.S.

The program became a moot point when the federal government legalized hemp and CBD at the end of 2018. Today any Mississippi resident can easily buy CBD oil online derived from hemp.

In January of 2020, a voter initiative to legalize medical marijuana qualified for the November ballot. Two months later, the state legislature voted to place a competing measure on the same ballot. Mississippians for Compassionate Care accused the state legislature of intentionally trying to confuse voters by placing a second measure on the ballot.

Both measures 65 and 65A called for legalizing medical marijuana, however, measure 65 created a more detailed framework for legalization.

On November 3, 2020, voters approved measure 65. The Mississippi State Department of Health must now develop a regulatory structure for a medical marijuana program which is expected to be finalized in the summer of 2021.

However, complicating matters further, measure 65 is now being challenged in the state Supreme Court. Moreover, some lawmakers in the state are trying to gain support for an alternative measure.

Last year a majority of Mississippians voted to approve the citizen-sponsored Initiative 65. The measure was thrown out at a later date by the Supreme Court due to technicalities with Mississippi’s initiative process.

Recently, Senator Chad McMahan (R) shared the latest details of a medical marijuana proposal. The bill is still being drafted and is currently undergoing a number of modifications.

The most recent draft of the bill allows physicians to certify qualifying patients for marijuana treatment and includes a 7 percent sales tax. Additionally, qualifying, certified patients will be permitted to grow a limited number of plants on their properties.

Also, distance restrictions prohibit Mississippi dispensaries or growers from operating within 1,000 feet of a child care center, school, or church.

The current version of the draft does not allow for opt-out provisions for local governments.

Ken Newburger, the executive director of the Mississippi Medical Marijuana Association, and his associates wish to retain four main points from the defunct Initiative 65:

Mr. Newburger remains optimistic and believes the legislators will ensure that these tenets of the original Initiative 65 will effectively become the new law.

Lawmakers are expected to reach an accord within the next few weeks on a final draft.

Mississippi medical marijuana dispensaries are not expected to be open for business until late 2021.

CBD oil is legal in Mississippi. It can be purchased at CBD vape and smoke shops, health food stores and supplement shops, and many other places. However, many shops carry products that cannot be considered medicinal grade. This can be a problem for patients suffering from epileptic seizures or any other serious medical condition. Patients and their healthcare providers really need to do their homework to find a trusted CBD brand.

Although there are some brick-and-mortar CBD merchants that offer high-quality products, online shops offer a wider range of high-quality CBD products.

A licensing system has not yet been established to distribute Mississippi dispensary licenses. However, potential applicants can take steps now. When forming a Mississippi company, or registering your foreign company to do business in Mississippi, potential applicants should register with the Mississippi Secretary of State’s Office. As a part of this registration, entities are required to select a NAICS Code as part of the formation or registration. If the company is interested in being licensed as a part of the Medical Marijuana Program, the applicable NAICS Codes are 111419, 424590, 453998, and 111998. Applicants should choose from one of those available codes in order to complete the formation/registration of their business in Mississippi.

How to get a medical marijuana card in Mississippi

A program is expected to be in place by August of 2021. However, Mississippi medical marijuana dispensaries will probably not open to the public until nearer the end of 2021.

The Mississippi State Department of Health (MSDH) is warning residents to be aware of scams promoting pre-registration and telemedicine consultations for medical marijuana cards.

How to Get a Medical Marijuana Card in Mississippi – MedCard

Under measure 65 qualifying conditions for a Mississippi medical marijuana card:

Under the Mississippi Code of 1979, possession of fewer than 30 grams of marijuana is a misdemeanor. A first offense is punishable by up to 90 days in jail and a $250.00 fine.

Marijuana is defined as any cannabis product containing more than 0.3 percent THC.

Possession of between one and 30 grams kept in a vehicle (trunk excluded) is punishable by a fine of up to $1,000 and up to 90 days in jail and a 6-month suspension of driving privileges.

Possession of larger amounts is felonies, as is the sale, cultivation, and trafficking or marijuana.

The sale of over 10 pounds of marijuana carries a life sentence without the possibility of parole.

Being caught while driving under the influence of marijuana in the state of Mississippi will result in the same severe penalties applied to alcohol-related offenses.

Can you have a marijuana card and guns in MS?

Federal law precludes any marijuana user from owning a gun. Technically, gun purchase and ownership are illegal across the nation if an individual uses any Schedule I Controlled Substance such as marijuana, even if it’s for medicinal purposes.