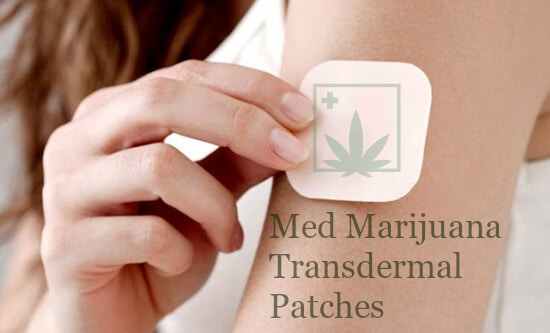 Medical marijuana has come a long way since the days when patients had to choose between smokables and edibles. Today we have a wide array of cannabis delivery methods such as vaping, tinctures, topicals, capsules, and more. However, one of the safest and most reliable methods for delivering healing cannabinoids into the system is the cannabis transdermal patch.

The transdermal patch has been on the market in various forms for almost 40 years. The FDA first approved a scopolamine patch to alleviate motion sickness in 1979, and then shortly thereafter approved a nitroglycerin patch for individuals with chronic heart issues. And the nicotine patch was introduced in 1991 to enable the cessation of tobacco use and has helped countless smokers kick their dangerous habit. Patches are also used by many women to deliver birth control medication.

With the advent of medical marijuana programs around the globe, it seemed inevitable that a cannabis transdermal patch was the next logical step.

While THC, and to some extent THCV, will cause intoxication, THCA will not. Other cannabinoids are expected to become available in patch form. 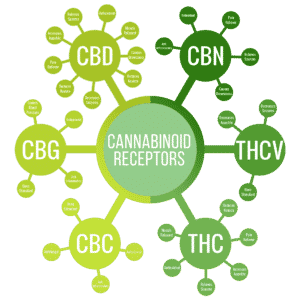 Transdermal patches are designed to provide a controlled release of purified cannabinoids into the bloodstream over the course of a few hours.

Most patches gradually release up to 100mg of cannabinoids into the bloodstream over the course of 6-12 hours. This slow and steady release makes transdermal patches ideal for individuals suffering from conditions such as chronic pain or sleeplessness.

Transdermal patches are formulated with “permeation enhancers.” These enhancers enable the cannabinoids to permeate the skin barrier and enter the bloodstream.

Two highly effective versions of the marijuana transdermal patch are currently available on the market – the matrix patch and the reservoir patch.

Body heat activates the cannabinoids in the matrix patch once it’s applied to a venous area of skin such as the wrist, arm, or ankle. The patch releases a small amount of THC or other cannabinoids into the bloodstream over the course of several hours.

Matrix patches are available in a variety of dosages and offer all-day or all-night relief from chronic conditions such as pain and anxiety.

Reservoir patches have been in use for almost forty years. Many experts consider reservoir patches to be more effective than matrix patches due to their superior control of delivery rates.

Reservoir patches are used in the same manner as the Matrix patches and are applied to the inner wrist, arm, or ankle for optimum relief.

THC is known for its potent pain-relieving qualities. However, many people can’t handle the intensity of the “high” associated with smoking marijuana or eating cannabis-infused edibles. Patches release controlled amounts of cannabinoids into the system over many hours.

Most THC patches are mildly intoxicating but allow patients to successfully manage their pain while maintaining a sense of lucidity and avoiding the anxiety and paranoia that some patients experience with other delivery methods.

Pain relief is the most common reason patients choose transdermal patches over other methods of marijuana consumption. Individuals suffering from back pain resulting from degenerative disc disease, neuropathy, cancer, fibromyalgia, or any type of chronic pain might find relief with the use of cannabinoid patches.

Other common reasons why medical marijuana patients use cannabis patches include the treatment of anxiety and depression, insomnia and poor sleep, nausea, epilepsy, seizure disorders, and much more.

Here are some of the special benefits of cannabis patches:

Patches are among the safest methods of delivery for cannabinoids.

Smoking and vaping are known to be highly effective in relieving numerous medical issues. However, those methods make accurate dosing difficult. Moreover, smoking can damage the lungs and raise blood pressure.

Cannabinoid transdermal patches are able to deliver an accurate dosage every time they are applied.

Patches can also be cut in half or removed before depletion, or a second patch can be applied if more relief is required. The precise dosing provides patients with a greater control over their medical marijuana treatment.

Transdermal patches are still relatively new in the medical marijuana realm, but many patients are beginning to appreciate the special benefits and the safety offered by cannabis patches.